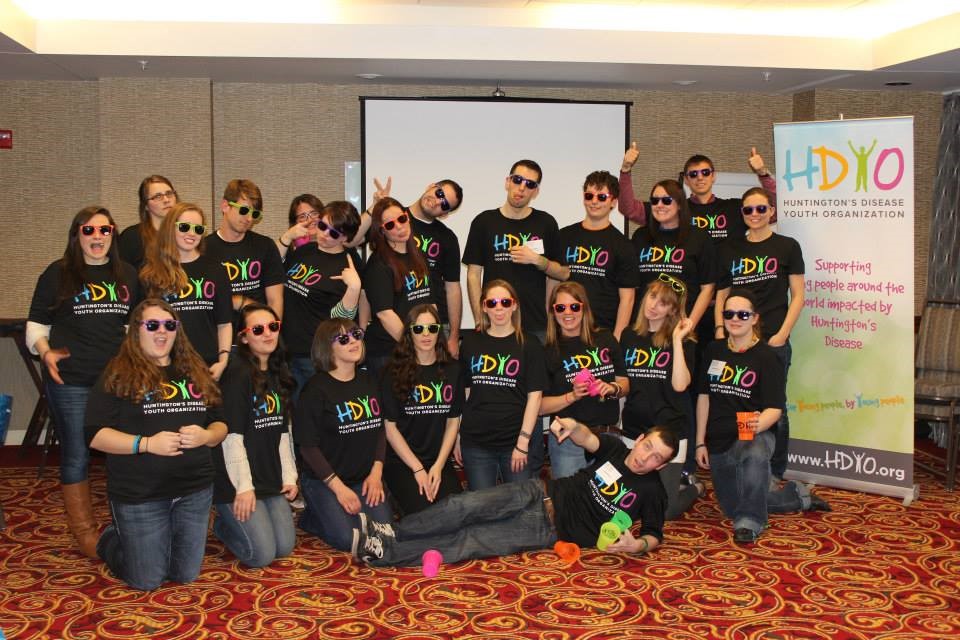 Whether you are creating a new non-profit or taking over as an organization leader, it’s an entrepreneurial battle full of ups and downs.

When my friend, Matt Ellison, asked me to help him start an international non-profit for a disease that affected both of our parents, it seemed like a cool idea. Without much hesitation, I simply agreed to help. At the time it was just an idea in Matt’s mind and didn’t have any real limbs. We had a whole lot of work in front of us, but we had passion, accountability for each other, extra time and that young 20-year-old ignorance to ignore all the naysayers.

We were both disease advocates in the Huntington’s Disease (HD) space for a couple years. Matt being an active voice in the UK for young people. Me being a grassroots fundraiser in the USA. We didn’t have a whole lot of supporters. We didn’t have any advisors guiding our path. We didn’t have any experience forming, creating and running a non-profit.

I’ve learned that the feelings we had weren’t unique to us, but the same feelings that many non-profit leaders face, especially in the RARE Disease space. Whether you are creating a new non-profit or taking over as an organization leader, it’s an entrepreneurial battle full of ups and downs.

We have now been working on the Huntington’s Disease Youth Organization (www.HDYO.org) for nine years now, seven as an official entity. Without a few key pieces that fell into place for us, I am not sure we would have been able to positively impact the many lives that we have. Three full time employees working in different countries, youth camps on different continents, an educational website in 14 languages, and a platform that has allowed thousands of young people to fight back.

I have a lot of discussions with other people looking to either create non-profits or take over a leadership role and the in the conversations I typically stick to five simple buckets of what I believe helped HDYO get the legs we needed to take off.

Don’t recreate the wheel, unless it’s a deal breaker!

It does sound cool to start a non-profit, but it takes SO much time and energy. First look for other non-profit platforms you can use to do good without all the headache. Can you volunteer your time with another group to satisfy your craving to give back? Are you really solving an unmet need or are you just trying to do it your own way? If these answers lean towards creating an entity, then put your head down and go for it!

This was a tough battle for HDYO at the beginning. Part of the Huntington’s world had “youth groups”, but nothing to the extent that was needed. After we realized these groups couldn’t make the improvements, we forged ahead with our plan.

Find a TEAM that you can count on!

There are not big financial paydays with rare disease advocacy startups. Find 2-3 others that you can count on to put in the volunteer free hours without ever looking for that “financial” return. Be truthful with your time and energy to make it happen. Do you have the time now, but also do you anticipate having the same time and energy a few years from now?

Without the extreme dedication of Matt, Cat, Brynne & myself, HDYO wouldn’t be here. The group sacrificed a lot of time and energy, but I know the team has zero regrets.

It’s easy to get excited about bringing positive change to everything, but without extreme focus you may get lost.  Pick a super small niche to start and become the master.  After you’ve mastered this space, expand as needed to your next niche.

HD symptoms typically don’t affect people until they are adults (later 30’s & beyond), but being an autosomal dominant genetic disorder, we felt the young people at risk needed more support.  The laser focus to just support this demographic helped us become the respected world leaders in this specific space.

There are millions of excuses that will come up and try to break you down. Whether the distractions are from personal or family, life in general, your normal paying job, or others in your RARE community that don’t like your idea – stick to your laser focused plan.  Figure out a way to keep the passion to better the RARE disease community you are working for.

To keep my passion, I tried to stay as close to the realness of the community’s needs.  I was active in online chat groups, regularly attended conferences, gave talks at in-person support groups and stayed connected with others I met at events.  Staying in-touch with the community kept me focused and kept passion-fuel in my tank.

You can’t do everything alone and you’ll be more successful when you are aware of that. Find ways to collaborate with other organizations, individuals, industry partners, healthcare professionals, your local RARE community etc. It might seem hard to find common ground, but work hard to figure out how everyone can benefit.

This is something we are still working on continuously at HDYO.  It’s been our biggest hurdle that we are still trying to navigate.  We could be having a larger impact if our collaboration strategy was stronger.  I wish we would have been more proactive on the collaboration and communication from the beginning.

I hope these five tips might provide some small steps in your journey creating or leading a non-profit in the RARE space. For disclosure purposes, my full-time job is currently at Horizon Therapeutics (the company behind RareIs.com) in the Patient Advocacy Department.  At Horizon, I get to use my personal RARE experiences to better collaborate with the many non-profits that we support.

If I can ever be of any assistance to you in your non-profit endeavors, please feel free to reach out to me anytime.  Good luck!