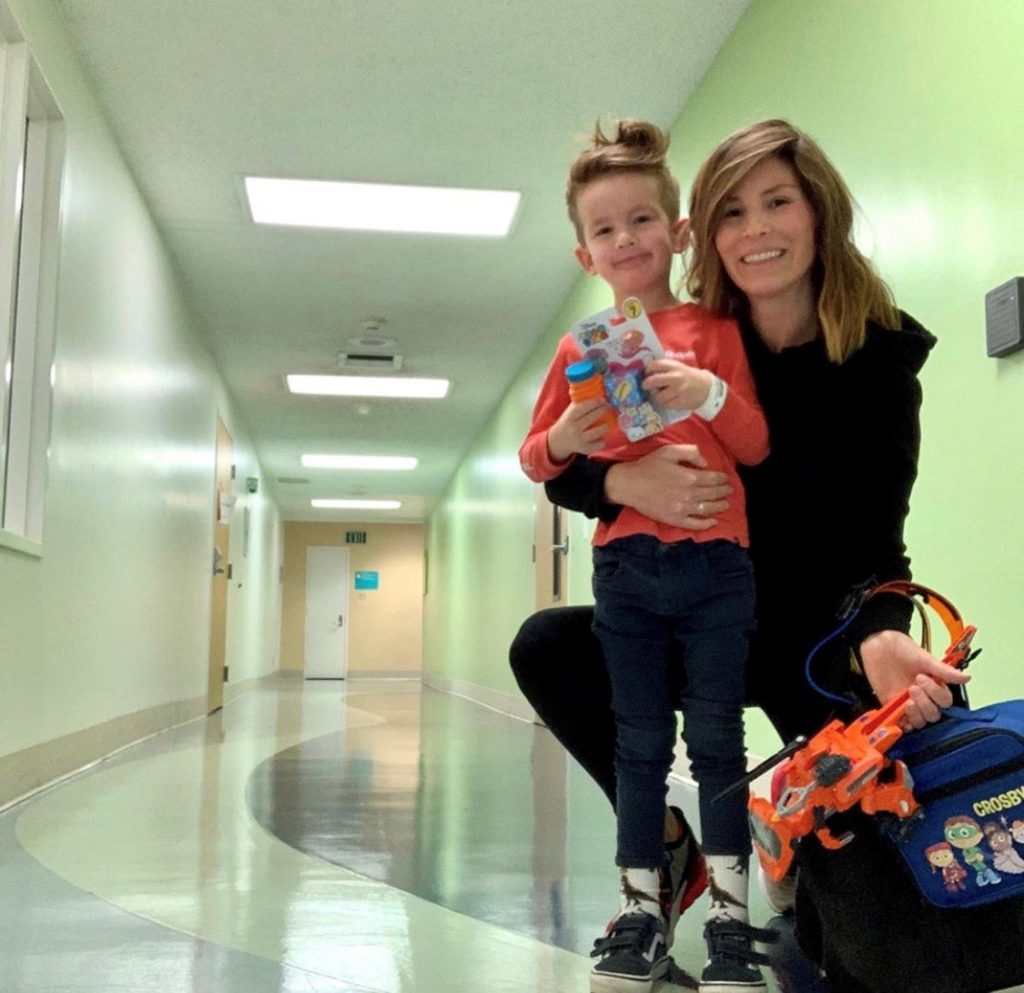 “Just as Crosby taught me to live in the moment, I strive to bring hope to those impacted by Morquio A Syndrome.”

I started having a suspicion that something wasn’t right when Crosby was six-months-old.  His spine had a curvature to it, which I knew was unusual as my two other sons didn’t share the same anomaly. Crosby was also a late walker and sat differently than my other sons, so I knew something was wrong.

After discussing my concerns with various doctors over the span of one year, Crosby was diagnosed with Morquio A Syndrome, a very rare metabolic disease that occurs in one of every 200,000 births. Crosby’s doctors sent him to a metabolic specialist upon realizing he had symptoms of Morquio A, including hip dysplasia and kyphoscoliosis. The specialist made the initial diagnosis through a urine test, and a further diagnostic DNA test confirmed that he did, in fact, have Morquio A Syndrome. Although this was terrifying news, Crosby’s doctor explained that his other patient with the condition needed minimal help walking and experienced little pain, which gave me hope in a moment of fear. 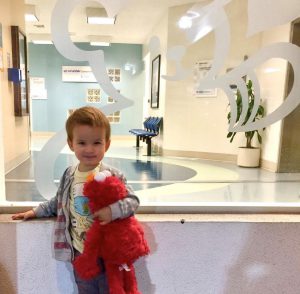 We began Crosby’s treatment of weekly enzyme replacement therapy infusions through a port placement surgery at Children’s Hospital Orange County (CHOC) in November of 2017, and infusions started shortly after. The surgery to insert the port was initially nerve-wracking for me as I nervously anticipated our new reality as Crosby’s diagnosis became official. During the initial infusions, Crosby struggled as a team of nurses tried to insert the needle into his port. However, Crosby’s relationship with the nurses empowered him to be brave. They made Crosby feel in control of his experience at CHOC by allowing him to decide when he was ready to begin the infusions. Each week became easier as Crosby gained courage and strength.

Eventually, Crosby was no longer bothered by his weekly appointments, which made it so much easier on my family. Crosby grew to love his doctors and nurses at CHOC who truly cared for him and our family. They made him feel special and made his experience positive with scavenger hunts, video games and crafts. We opted out of switching to home infusions because Crosby had learned to love his visits to CHOC and viewed his weekly appointments as getting to do something, not having to do something. They’ve become our special days together. 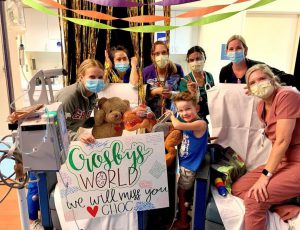 Despite living with a rare disease, Crosby is courageous, inquisitive and joyful. His zest for life has touched so many people by helping them understand that the real beauty in life begins the moment we decide to let go of our fears. Crosby’s ability to find joy in his hospital visits inspired me to help others in the rare disease community. After noticing the pain and sadness in the images I saw online, I created an Instagram account @thatsfitz to show people how fun and joyous life with Morquio A can be. It’s a community for parents with children impacted by Morquio A Syndrome to connect. People from all over the world reach out to me, and I love being able to eliminate some of their fears. Just as Crosby taught me to live in the moment, I strive to bring hope to those impacted by Morquio A Syndrome.

Kerri Fitzsimmons is the mother of three young boys. She dedicates her time to caring for them and managing weekly hospital visits and appointments for her youngest son, Crosby, who was diagnosed with Morquio A Syndrome at just under two-years-old. She’s passionate about using the gratitude of “I get to,” in lieu of “I have to,” to show her boys the beauty in every situation. This positive mindset enables Kerri and Crosby to make the hospital a fun place to be each week. Kerri strives to bring awareness to Morquio A Syndrome while also helping other families deal with the diagnosis of serious conditions. Watch Crosby’s journey by following @thasfitz on Instagram.