The “Carrier” Label: Why Terminology Matters (A Lot)

March is Women’s History Month and Taylor Kane shares her perspective as a carrier of a rare, X-linked disease and how that impacts women.

Not "Just" A Carrier

Given that March is Women’s History Month, I’ve been thinking a lot about my family history as it relates to rare disease. As a carrier of a rare, X-linked disease, I’ve also been pondering the history of the usage of the term “carrier” and what implications the term continues to have for women who, like myself, are considered to be “just” carriers.

When I was five years old, my dad died from a rare, genetic disease called Adrenoleukodystrophy (ALD). ALD is an X-linked recessive disorder, which means that the disease-causing gene is located on the X chromosome. Since males only have one X chromosome, a male with an X-linked recessive disorder will be affected by the disease. Females, on the other hand, who have two X chromosomes, are “carriers” of the disease. The other healthy X-chromosome is thought to compensate for the defective one and protect the female from developing symptoms, while leaving her at risk of passing the mutated gene to her children. Learn more about the genetics of rare disease here.

Since my dad passed on his mutated X chromosome to me, I am a carrier of ALD. I have known I was a carrier since grade school and grew up believing that as a carrier ALD would not affect me, although I knew that when it came time for me to have children, I would face some difficult decisions. After all, absent expensive assisted reproductive technology, any boy I had would have a 50 percent chance of inheriting this deadly disease from me; a girl would have a 50 percent chance of being a carrier.

The Term "Carrier" Comes With Stigma

At first, people who knew of my family history would tell me “you’re so lucky you’re JUST a carrier.” I readily agreed. But as I got older and wiser, and scientists began to study females with ALD and other X-linked disorders and found that many did develop symptoms — albeit usually less severe and disabling than those in males — the “carrier” label didn’t seem quite right. From a historical perspective, Mary Lyon was the geneticist who is credited for the discovery of X-inactivation, a phenomenon which partially explains why female carriers of X-linked conditions may experience symptoms, in 1961.

Still, most people, including many medical professionals, associate the term “carrier” with a completely symptom-free individual who silently passes a disease on to others. Indeed, most of the commonly used dictionary and encyclopedia websites (and some prominent medical ones) advance this very definition. Yet, I regularly attend ALD conferences with female “carriers” who are confined to wheelchairs, who use a cane to walk, or who suffer significant bowel and/or bladder dysfunction as a result of their mutated gene. While the percentage of females who develop physical symptoms, as well as the severity of those symptoms varies depending upon the X-linked disorder, it can be very disconcerting for a woman with significant or disabling physical symptoms to be informed by others — including, sometimes, her own doctors — that she must be misinterpreting or imagining them because, after all, she is “just a carrier.”

Aside from the confusion caused by the mistaken assumption that all carriers are asymptomatic, the term “carrier” also comes with stigma. Like history’s most infamous disease carrier, Typhoid Mary, who was viciously persecuted and quarantined for life after unknowingly spreading typhoid, carriers of genetic diseases may find themselves scorned or condemned by others, particularly if they passed down their genetic mutation to a child.

In addition to this societal stigma, studies have shown that parents and even grandparents of children who inherit genetic diseases experience significant guilt and feelings of responsibility for passing down their mutated gene, even if they had no knowledge of their carrier status before they had children. While rationally they may know that they are not to blame, they nonetheless shoulder immense feelings of responsibility, placing them at high risk of anxiety and depression. When it comes to X-linked diseases which are often unknowingly transmitted by a seemingly healthy carrier mother to an affected son, studies demonstrate that it is not uncommon for fathers to consciously or subconsciously blame the mother for their son’s condition. These complicated emotions which run within a family obviously heighten the already difficult task of raising a child with a genetic disorder.

For carriers who have not had children, the stigma may extend to their worth as a potential reproductive partner. In addition, carriers often find that their personal reproductive choices — which may include adoption, in vitro fertilization with preimplantation, genetic testing, amniocentesis or CVS with termination of an affected fetus, natural conception, or not having children at all — are fiercely scrutinized and judged by others, sometimes even by their own extended family members. 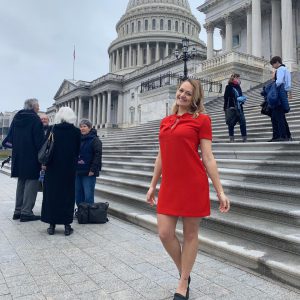 The Term “Carrier” Should Never Be Preceded By The Word “Just”

As the founder and executive director of an international non-profit organization that unites, supports and advocates for females with X-linked disorders, I, myself, often struggle with the question of whether the term “carrier” truly fits our community of women. Some of our members, especially those with significant physical symptoms, prefer to be referred to as a female who “has” an X-linked disease–not a carrier of one. Others embrace the term “carrier,” particularly young women with no symptoms who do not want to be known (at least not yet) as a woman who “has” a disease. Still others prefer the terms “manifesting carrier” or “symptomatic carrier” to be used to refer to X-linked females with symptoms and to distinguish them from physically unaffected carriers.

I am not sure what the right answer is. What I do know, though, is that more education and awareness is necessary for the medical community and society to understand that the term genetic “carrier” is not limited to completely asymptomatic individuals who may or may not pass on a defective gene. And one thing on which I am sure we would all agree: the term “carrier” should never be preceded by the word “just.”

Taylor Kane has spent most of her life as a rare disease advocate. She currently serves as Social Media Manager for AllStripes, a healthcare technology company dedicated to uncovering new treatments for people with rare diseases. In addition, she is the founder and executive director of Remember The Girls, an international non-profit organization that unites, educates and empowers female carriers of x-linked genetic disorders.

Taylor’s activism began when she was in grade school, shortly after her father died from the rare x-linked disorder Adrenoleukodystrophy (ALD) and she learned that she was a carrier of this devastating disease. Not only did Taylor help raise substantial money for ALD research, she successfully lobbied the New Jersey legislature and Governor to enact a law requiring the screening of newborns for ALD in New Jersey. At the age of fourteen, Taylor founded a campaign called YAC (Young ALD Carriers) to support young females who carry the gene for ALD and to assist them in effectuating positive change through advocacy, social media, and the legislative process.