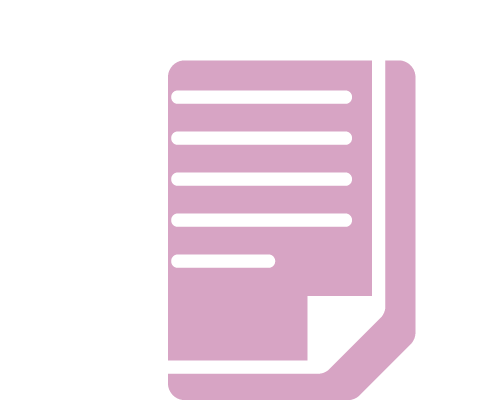 Rare Representation in Books for Tweens, Teens and Young Adults

The Power of Youth

And since 70 percent of rare diseases start in childhood, that understanding and connection can be even more crucial for tweens, teens and young adults whose lives are complicated by the impact of a rare disease – either due to their own diagnosis or that of a close family member. Young Adult (YA) books that portray rare conditions accurately and without resorting to stereotypes or, worse, misinformation or tokenism, become critically important for opening windows and doors to the rare disease community.

Stories in rare can be done thoughtfully, authentically, and respectfully. Below we’ve highlighted five YA books from varying perspectives that inspire, inform, empower and create connections around rare diseases.

Two Girls Staring at the Ceiling by Lucy Frank

Two Girls Staring at the Ceiling tells the story of two girls with Crohn’s disease who meet while sharing a hospital room. According to a comment shared on Goodreads, the author Lucy Frank “suffered from Crohn’s disease since [she] was 19,” and she uses that experience, along with verse and unique formatting to tell the story of the relationship between the two girls and how they come to terms with their shared illness. On Disability in KidLit, reviewer Angeline Adams states “Two Girls Staring at the Ceiling is the book that I wish had existed when I was a teenager – when I didn’t think anyone would ever love my body, or that I’d ever be normal (what is normal, again?) or independent.”

Read more about Two Girls Staring at the Ceiling on Goodreads or the author’s website. 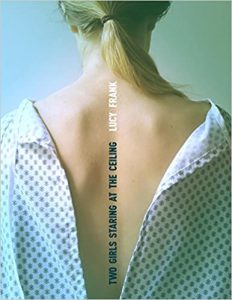 This Ordinary Life by Jennifer Walkup

This Ordinary Life follows the story of Jasmine Torres, a high school student faced with the challenges of seeking her own dreams while balancing the responsibility of caring for her younger brother, Danny, who has epilepsy. While supporting her brother, Jasmine meets Wes – a smart, cute, funny teen who also happens to live with epilepsy. Jennifer Walkup, the author of This Ordinary Life has experienced the effects of epilepsy firsthand – one of her sons and a few of her relatives have been affected by the condition. In an article published when the book was released, Walkup said, “I want them to realize that people are more than any disability they may have. Just because you have something like epilepsy, that in no way means you aren’t a regular kid with regular hopes and fears and yearnings for life.” She’s an advocate for epilepsy awareness and donated a portion of book sales to the Epilepsy Foundation.

Epilepsy affects more than 65 million people worldwide, and pediatric epilepsy can be fairly common. However, while epilepsy overall is not considered rare, many causes of epilepsy, particularly those in infants, children and teens, are considered rare. The Rare Epilepsy Network connects 70+ rare epilepsy organizations to promote awareness and advocacy, working to find cures and treatments for all rare epilepsies.

Read more about This Ordinary Life on Goodreads or the author’s website. 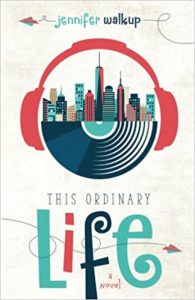 The Memory Book by Lara Avery

High school senior “Sammie” McCoy is an overachiever, a leader, and a planner, and she’s also kind and fun. Her future looks bright and promising – but recent issues with her memory and coordination trip her up, and her diagnosis with Niemann-Pick Type C (NPC) brings her plans for the future crashing down. Due to NPC, Sammie will eventually lose her memory, and so she begins “writing to remember” all the things she’s bound to forget. While award-winning YA novelist Lara Avery admits the book “certainly isn’t medically accurate, a lot had to be adjusted to fit Sammie’s story.” She conducted a lot of research and recommends individuals interested in learning more about the disease to read stories from families impacted by this neurological condition, many of which you can find on the National Nieman-Pick Disease Foundation website.

Niemann-Pick Type C is an extremely rare lysosomal storage disease that is characterized by the body’s inability to transport cholesterol and lipids inside of cells, leading to abnormal accumulation of these substances within various tissue of the body, including brain tissues. Often dubbed “childhood Alzheimer’s” due to some similarities with adult dementia, NPC affects memory, speech and mobility. There are only around 500 diagnosed cases around the world. Most children with NPC pass away before age 20, many before the age of 10, while adult-onset NPC typically progresses more slowly.

Read more about The Memory Book on Goodreads or the author’s website. 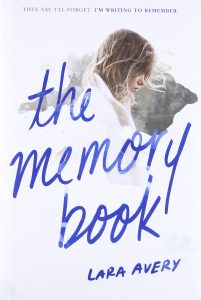 Rare Like Us is a memoir written by rare disease advocate and influencer, Taylor Kane. When Taylor was five, her father passed away as a result of a rare x-linked disorder called adrenoleukodystrophy (ALD). When she was nine, Taylor learned that she is a genetic ‘carrier’ of the disease. In Rare Like Us, Taylor shares the invaluable lessons she learned growing up in a family plagued by a genetic disease and details how she transformed her pain, grief and loss into passion and purpose. She is the founder and executive director of Remember the Girls, an international non-profit organization dedicated to educating and empowering female carriers of x-linked genetic disorders. Taylor shared more about the harmful ‘carrier’ label in a #RAREis blog earlier this year.

X-linked adrenoleukodystrophy (ALD) is a progressive genetic condition that damages the membrane (myelin sheath) around the nerve cells in the brain, spinal cord and nervous system. Without this myelin, the signals between nerve cells cannot be transmitted properly, resulting in neurological symptoms. ALD affects approximately 1 in 15,000 people worldwide, according to patient support organization ALD Connect. Symptoms of the disorder can vary widely, even among members of the same family, but as an X-linked disorder, males typically develop more serious complications than females, and some females may experience varying degrees of symptoms.

Stella and Will, the main characters of the story told in Five Feet Apart, are teens who live with cystic fibrosis (CF). But while their illness is the same, their approaches to living with it are vastly different. While Stella initially dislikes Will, his enthusiasm for life eventually wins her over–romance and heartbreak ensue.

Five Feet Apart was inspired by a meeting between Claire Wineland, a young woman with CF, and filmmaker Justin Baldoni while he was filming his documentary “My Last Days.” According to Justin, “Claire was the one who told me that two people with CF have to stay six feet apart,” an idea that struck him as a storyteller. He worked with Mikki Daughtry and Tobias Iaconis to develop the screenplay, which was later adapted into a novel by Rachel Lippincott. The cystic fibrosis community has mixed feelings about this book and the movie that was created from the original screenplay – for many, the appreciation for raising awareness of cystic fibrosis was diminished by the depiction of medically dangerous behavior and concern over-romanticizing a terminal illness.

Cystic Fibrosis is a rare genetic disorder that causes a body’s normal mucus secretions to become abnormally thick and clog up vital areas of the body, which can cause inflammation, obstruction and infection. Cystic fibrosis is slowly progressive and can affect individuals with the disorder in many ways – some individuals may have a few mild symptoms, while others have more severe complications. Approximately 30,000 people have cystic fibrosis in the United States and males and females are affected in equal numbers. The disorder occurs predominately among white populations.

Read more about Five Feet Apart on Goodreads or on the author’s website. 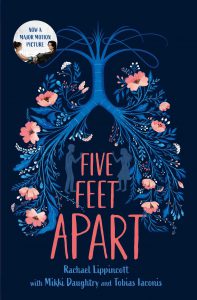